I was bullied very badly whilst I was at secondary school (aged 15-18), and it even carried on for a couple of years afterward, until I was about 20.

People made fun of everything I was doing, even though I was doing a lot of cool things like having my work published in magazines, getting my own radio show and appearing on TV. Now I’m older, I see they were probably jealous – people always try and tear down people living a life they wish they could achieve, and I guess that was the problem here. They weren’t doing all the exciting things I was!

Right now I’m most afraid of never reaching my full potential and getting to bag my dream job! I have such high ambitions and such big dreams with a never-ending list of goals – to not achieve any of them really scares me! I want to be happy and successful with everything ticked off my list!

I’m lucky I have lived quite a happy life, and there are so many moments where I’ve just felt completely overjoyed.

When I met one of my biggest career idols, author Jacqueline Wilson. When my favorite person in the world, Tom Hanks, said ‘happy birthday’ to me. When I landed my dream job when I moved into my home with my boyfriend… lots of happy moments!

The saddest moment of my life was when I had my heart broken. The pain was… indescribable.

I had been with a guy for six years, and he ended things with me on New Year’s Eve over text whilst I was getting ready to go to his house and see in the New Year with him. Brutal, right? I later found out he had been cheating on me with one of his work colleagues, a girl I was at college with. Little did I know that this break up would be the making of me, but in that moment, it felt like the worst pain I could even imagine. It was so upsetting.

Don’t think that people will be around forever because they won’t. People come and go all the time, be that through death, the breakdown of a relationship or just a change of friendship – even people you think are going to be in your life until the day you die. People change, circumstances change. Just enjoy the people you have in your life now and treasure them every single day, because you never know how long you have left with that person.

The kindest thing anyone has ever done for me:

This is going to sound so small and insignificant but… my boyfriend left for work one morning, and it was pretty cold. I was stood downstairs, getting ready for work and suddenly my front door opened – my boyfriend had returned just a few minutes after leaving, with a warm bacon roll in hand. He’d surprised me and brought me breakfast before work! It was such a small gesture but so thoughtful and lovely that I just couldn’t believe it, and it put a smile on my face for the whole day! Another time, he surprised me with a little gift, a keyring that was designed like a calendar and had the date we had got together marked on it in a love heart. A small surprise that meant the world!

I like to think I’m quite a kind person and will usually do anything for anyone. A couple of times I’ve surprised my mum with bunches of flowers or surprised my partner with small gifts. I once had to empty my savings account to help a family member out. I guess that’s quite kind, but it feels a bit vain to say that’s the kindest thing I’ve ever done!

I have a few – first of all, Jacqueline Wilson, who always influenced me to pursue a career in writing.

Secondly, my Communication and Culture teacher at secondary school, who helped teach me about feminism and turned me into the feisty, independent woman I am today!

Thirdly, my mum, who has endured all sorts of hardships but still puts everyone before herself and often gets mistreated (sometimes even by me – I’m not always a top daughter).

Finally, my boyfriend – he is so kind, considerate and compassionate, even to those who do not deserve it from him. He’s the most lovely, genuine person in the world and I am inspired by him every single day. I wish I could be more like him.

Do what you want and care less about what other people think. I spent so much of my life being a sheep and following the crowd because I didn’t want people to be ‘mean’ to me, but now I feel like I wasted so much of my time doing that! Life is seriously too short to do things you don’t enjoy and don’t love. Who cares what anyone else thinks? If you’re happy, that’s all that matters! 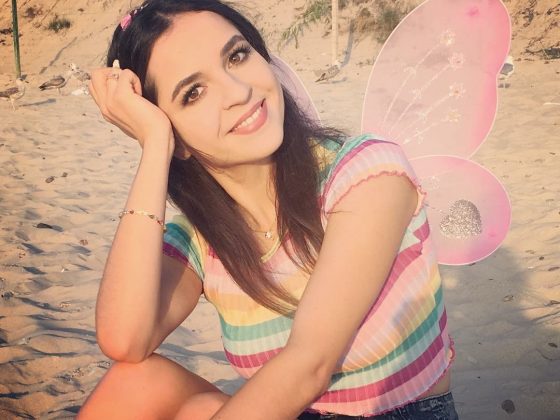 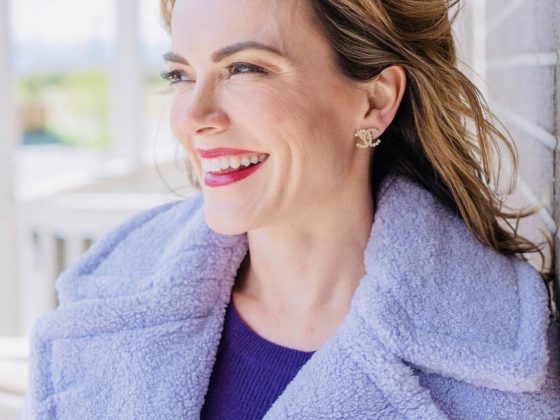