As many of you know we are based in Westhampton Beach, New York, so when we heard the words ‘Westhampton Movie’ our interest was piqued. I knew I just had to get in touch with the executive producer Christian Nilsson to find out more information about the movie and the producer himself.

Tell me a little bit about yourself?

I grew up in East Moriches and I attended East Moriches Elementary school. When you get older you get a choice of which high school you want to go, so I went Westhampton Beach. At the age of fourteen, I could tell that Westhampton Beach had the strongest arts program. I was always very involved with the bands there and I was always making short films. I would make short films for any excuse and if there were any school projects going on I would always join in.

In that time I became very good friends with Rob Hinderliter. He lived down the street from me, and at that time I didn’t know because he was a few years older than me. We really hit it off in high school, we became quick best friends. That’s the relationship that we still have now. Rob has done his own thing, he produced Broadway shows. He went towards the Broadway production and I went towards video and I was working with the companies such as Huffington Post, Esquire and most recently with Buzzfeed.

What inspired you to become a movie producer?

I have been making movies since I was a child. I think I was nine years old when I made my first movie. Maybe you can blame it on the fact that I was a middle child and it didn’t get enough attention (laughs). I was really doing it since I was nine and I really never stopped. The projects are getting bigger and bigger.
Westhampton movie is the next project, this is the next thing and all the projects that I have worked on led to this one.

It is really good that you have found your passion so early on.

Yes, I was very lucky to always know what I wanted to do. If you looked at my 8th-grade yearbook from East Moriches Elementary school, it says ‘What do you want to do? What is your dream career?’ and I answered ‘Motion Picture Director.’

That is amazing, good for you! Tell us a little bit about the Westhampton Movie?

So Westhampton is a coming of age drama. It is a story of this damaged director who did something terrible in his early teenage years. Something that ruined the lives of his closest friends and then when he got older he made a movie about it. My film takes place ten years after the accident. The filmmaker is forced to go back home to Westhampton, the scene of the tragedy for the first time and finally confront the people whose lives he has ruined and this town that has really grown to disdain him. As the story goes on audience realizes that there are inconsistencies in his story and he slowly realizes that the true events play out far different than he depicted in his film.

Is the goal for this movie to have a wide release or limited one?

Why did you choose to film during the off-season?

It being off-season is sort of a theme, because whenever I tell people that I’m from The Hamptons, they have an idea of what it looks like and it doesn’t look anything like that. That theme of reality vs. expectation is a major part of the movie, that’s why we are filming it off-season.

We will finish the movie this time next year and then we will submit it to the festivals, hopefully, we will get some attraction there and maybe some more buzz about the project. At that point then we will sell it to a distributor and they would be the ones to decide how wide the release is. I think because the film is so small, the limited release makes the most sense. Releasing it to art house theatres in New York and California, then as buzz grows, opening up in more and more theatres slowly until, hopefully, until it becomes the wide release. Following up smaller movies strategy like the movie “Moonlight”, let’s open up in smaller theatres and hopefully people like it and sing praises.

How’s the response been from the local businesses and local people?

For the last three years, this project has been something that I have been working on myself. It is something that I have been writing and rewriting and the last eight months finally a team started growing alongside me and that’s the Rob Hinderliter that is one of the producers and Saraleah Cogan that is another producer, Alex Robbins as well. I started being able to share this story of this project with other people and that was very nice. When we launched the Indiegogo a more than a week ago, it was a first time that we shared this story with the community that inspired it and the reception that we got was really positive. It has been very heartwarming to feel this and I have local businesses reach out to me -hey, what can we do, if you need a location or if you need me to make phone calls on your behalf we will help you out. We wouldn’t be able to make this movie if we don’t have the community support. Hopefully, we will be shooting at the high school, main street and local beaches.

Christian is an Emmy Award-winning video journalist, a producer at BuzzFeed Motion Pictures, and an award-winning filmmaker. His short film “Excelsior” won the 2017 Moët Moment Film Festival People’s Choice Award. And his short documentary “Fight To Be The Oldest Bar In NYC” received an Emmy Award in 2017 for Best Historical Segment. Christian’s work has been featured in The Huffington Post, Esquire, The Atlantic, Vanity Fair, and others.

Saraleah was the associate producer on Rebecca Miller’s 2015 film “Maggie’s Plan” starring Greta Gerwig, Ethan Hawke, and Julianne Moore. She worked on the 2014 film “My Old Lady” starring Maggie Smith, Kevin Kline, and Kristin Scott Thomas as the assistant to the producers. Additionally, she co-produced Christian’s award-winning short “Excelsior” in 2017.

You can support the film by contributing on the fundraiser page or by visiting the official Hampton Film website. 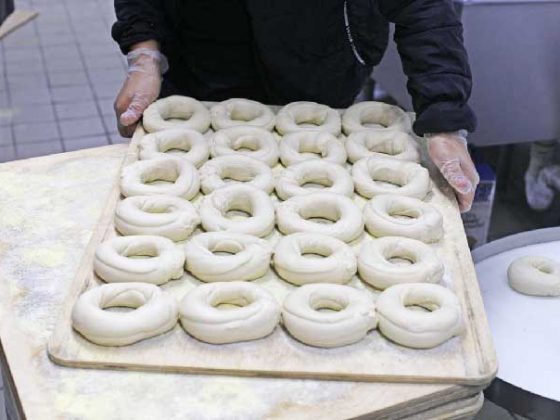 How it’s Made: Goldberg’s Famous Bagels 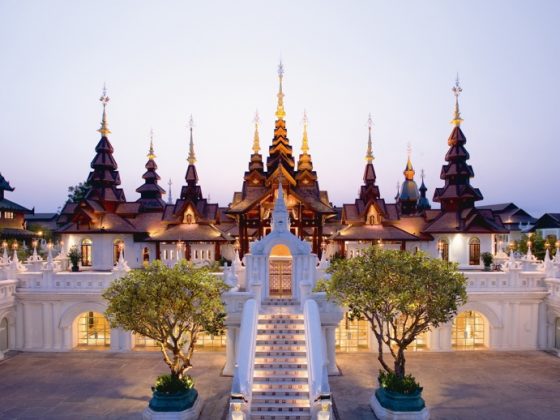